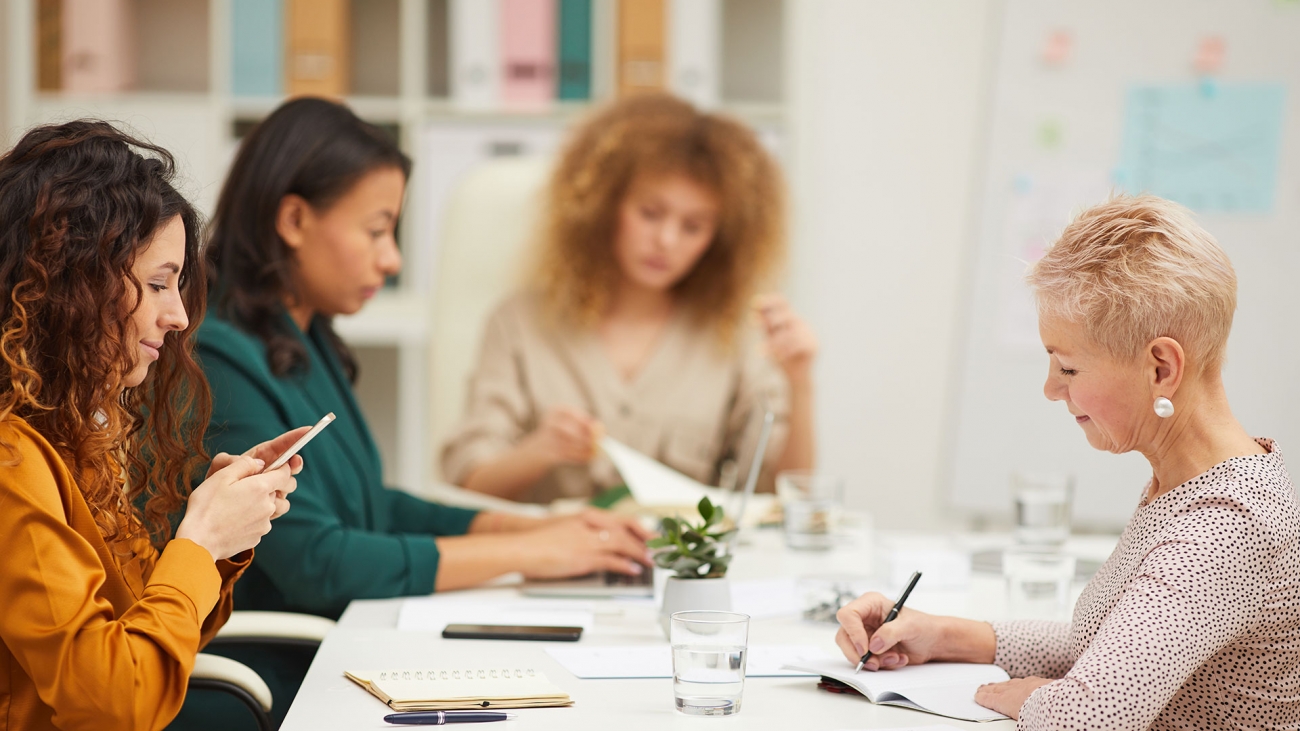 The past decade saw an increasing focus on diversity and inclusion in the corporate world. I remember the first training I did on unconscious bias in the early 2000s and seeing the defensive faces around the table was intriguing. At first, we were probably ashamed to realize our bias and how they played a role in the way we hired, managed, and evaluated our teams. Years later, studies proved the effectiveness of diverse groups, and quickly there was a surge of targets for diversity in the top organizations.

Since then, diversity and inclusion became a metric to evaluate team effectiveness. Multigeneration workplaces, cultural variety, and complimentary soft skills are also components of a successfully diverse organization. However, before I continue recapping the rise of D&I, let me share some impressive numbers.

According to a research published on Fast Company magazine, a higher representation of women in C-suite level positions results in 34% greater returns. Still, when we look at the Fortune 1000 companies, in 2019, women representation was at 25%, merely 1% up from 2018. Another study, conducted by Korn Ferry in 2019, breaks down women’s presence in the C-Suite, showing only 6% of representation at the top of the pyramid. 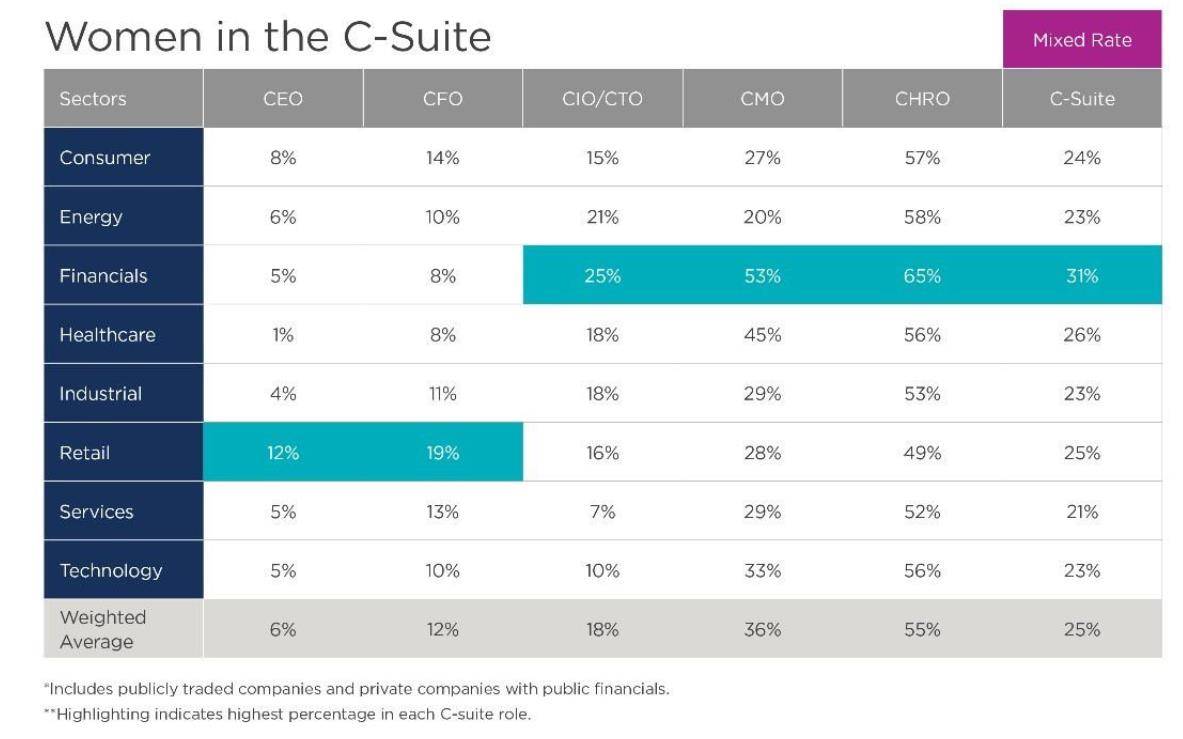 When considering gender, age, ethnicity, veteran status, disability, and LGBTQIA+, results show that a diverse corporate talent pool increases innovation and helps organizations attract and retain talents, generating a virtuous cycle for organizations. In 2015, a report from Delloite showed that companies in the top quartile for racial and ethnic diversity had 2.3 times more cash flow. Interestingly, the graph below still shows underrepresentation at every level of corporate America. 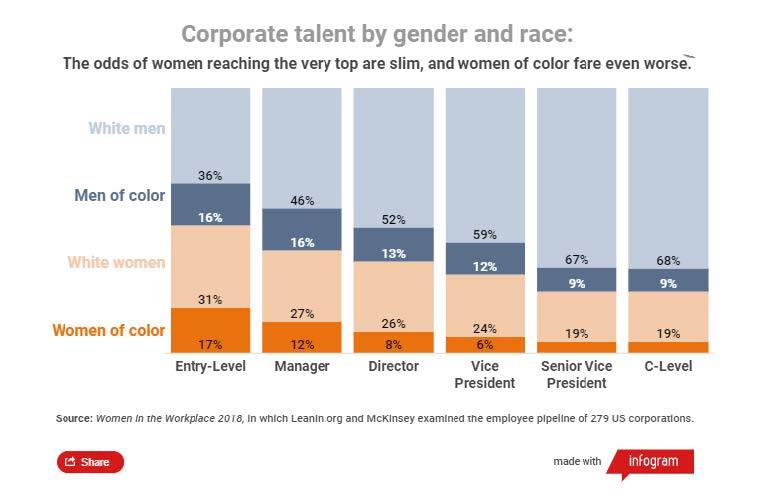 If all those results showing the benefits of diversity are not sufficient, we may think that movements like #MeToo would be an extra help. Well, there is evidence suggesting that it is more difficult for women to advance their careers in the past three years. A 2019 survey conducted by LeanIn.org and SurveyMonkey found that 60% of male managers are uncomfortable performing everyday workplace activities such as mentoring, working one-on-one, or socializing with women, representing a 32% increase over 2018. That makes me think about how the current Black Lives Matter protests may influence behavior towards people of color in the workplace.
We need to take a firmer instance and be proactive. An interview, where Sweet Livity’s founder Diana Marie Lee talked about Restorative HR, inspired me. She defined the concept as a strategic approach for improving workplace culture and worker well-being. According to her, the goal is to build capacity in the organization, teaching employees, at all levels, to hold space for courageous conversations and restorative work. The approach is inclusive and intends to provide tools for each team member to self-manage future issues. In my opinion, the merit of this approach is to create a safe space for both managers and team members.
In summary, there is a need for organizations to build a foundation of trust that allows collaborators to be vulnerable and show up as their real selves. Secondly, we need to retake our unconscious bias training and demystify themes such as racism, gender inequality, age, and other bias triggers. Thirdly, and lastly, there is a necessity to be tolerant during a period of intense education and learning. It is unlikely that we will succeed if we do not act. It is even more doubtful that we will get results and progress if we have fear instead of trust.